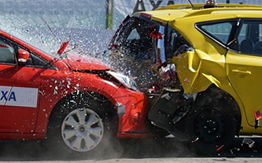 Many states, including Alabama, require drivers to carry Uninsured Motorist Bodily Injury Insurance. Well, kinda, Uninsured Motorist Accident sorta require it. Though not compelled absolutely by statute, Alabama’s Motor Vehicle Safety-Responsibility Act requires that all auto insurance policies include uninsured motorist coverage, and all Alabama drivers purchase said coverage unless the purchaser conveys in writing that they do not want this coverage.

So is it worth it? The following five scenarios would indicate yes – very much so.

1. Not Every Driver Carries Insurance

Virtually all states have enacted laws requiring drivers to carry liability insurance. When the policy holder is at fault in an accident, their liability insurance pays the other driver for expenses incurred such as medical bills and auto repair. Regardless of their good intentions, these laws have proven mostly ineffective in lowering the number of uninsured drivers. The most recent statistics from the Insurance Information Institute cites the percentage of uninsured motorists nationwide at 12.6 percent. Alabama ranks seventh in the nation with the number of uninsured drivers topping at 19.6 percent.

2. It Kicks in When an Uninsured Motorist is at Fault

As despicable as it is, at-fault drivers sometimes flee the scene of an accident. Statistically speaking, at least 10 percent of accidents are considered “hit and run.” In Alabama, uninsured motorist insurance will cover any bodily injury sustained by you or your passengers as the result of a hit-and-run accident.

Depending on the severity of the accident, the at-fault driver’s insurance might not be enough to cover your claim. Most uninsured motorist policies also have a contingency for underinsured motorist, and will cover the remaining costs of your claim.

5. Thirty Dollars Today Can Save You Hundreds of Thousands Tomorrow

Keeping the uninsured motorist policy as part of your overall liability policy will not break the bank. Paying hospital bills and missing work might. For a few extra dollars on your premium you can be find some solace knowing that if an accident does occur, and the other driver does not have any – or adequate – insurance, your claims and your family will be taken care of.